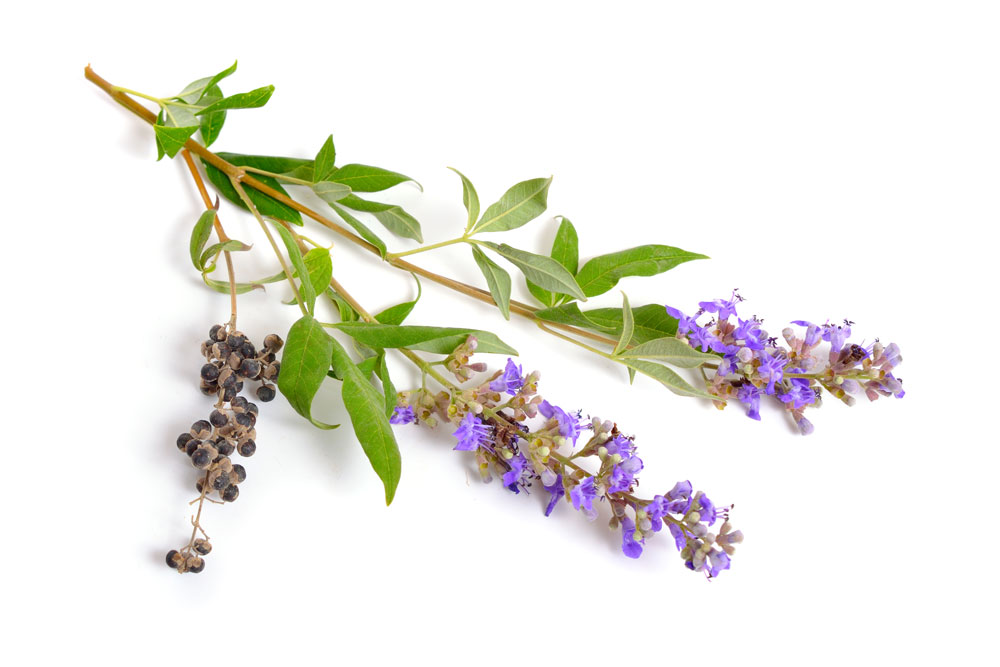 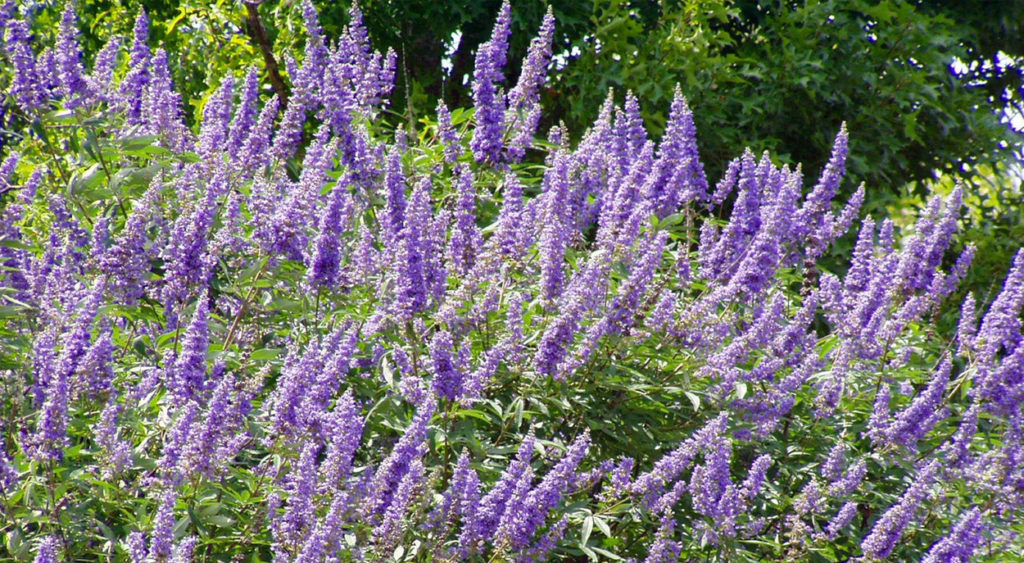 Botanical description: small deciduous shrub, 1 to 5 meters high (about 16 feet), up to 10 meters in some cases, with a strong resinous aromatic odor. It has an erect habit with flexible stems branched from the base, and vigorous shoots. The bark is gray-brown, exfoliating longitudinally. Young branches are subquadrangular with recurved prickles. Leaves originate all from the same point, diverging like the fingers of a hand (digitate); leaf arrangement is opposite, , with 4-5 cm petioles and a lamina of 15 x 12 cm divided into 3-8 lanceolate segments; dark green on the upper page, white on the lower; slightly revolute, semi entire margin. Flowers are arranged in long, dense spikes (30 cm), of about 20 small whorls, each with numerous hermaphrodite flowers; the petiole is short (1 mm). They are pleasantly fragrant. The fruit is a subspherical drupe of 3-4 mm, blackish-red when ripe, with 4 seeds.

Chorological type: Mediterranean- Turanian , desert and subdesert areas from the Mediterranean basin to central Asia. Steno-Mediterranean, Mediterranean types in the strict sense (whose distribution area does not go beyond the northern limit of diffusion of the olive trees).

Hera’s Chaste Tree . The ancient inhabitants of the island of Samos tell that when the world was still young, a large chaste tree grew wild and strong along the wild banks of a river, and that under this tree the goddess Hera was born. And that was her home for over three hundred years. The god Zeus, in love with Hera and full of desire, waited for three hundred years without touching her, before joining her in marriage (ιερός γάμος “sacred marriage”), celebrated in Samos. In honor of the virginity of the goddess, the river was called Parthènos (virgin), today Imbrasos, and the island Parthenìa, today Samos. Many women of that land, including the mother of Pythagoras, were given the name of Parthenìs in her honor. The great Sanctuary of Hera (goddess of fidelity and chastity, of marriage, protectress of brides and childbirth) was built around that sacred chaste tree and from its wood the first statue of the goddess was made – Λύγος (lùgos), symbol of both the virginity of the goddess and the conjugal weave. It is said that, after the building of the Temple, pirates came to Samos to steal the sacred wooden statue of Hera. They took it on their ship, but were unable to sail. It was a divine sign. They returned to shore, deposited the statue on the beach and made barley cakes in her honour, then, very frightened ran away. Once the statue was found, it was wrapped up by braiding the branches of the chaste tree, transported to the temple, purified in the waters of the river and returned to its original location. In ancient times, in Greece, the chaste tree was believed to have inhibiting, anti-aphrodisiac properties and, for these virtues, it was appreciated by Athenian men who, before leaving for a military expedition, used to “equip” their wives’ beds with chaste tree to avoid adultery. The chaste berries act on the endocrine system and are used today to treat menstrual irregularities and to reduce symptoms of premenstrual pains.